A Young Marketing Expert Breaks Into Publishing & Entrepreneurship In Berlin

You are here:
Success Stories 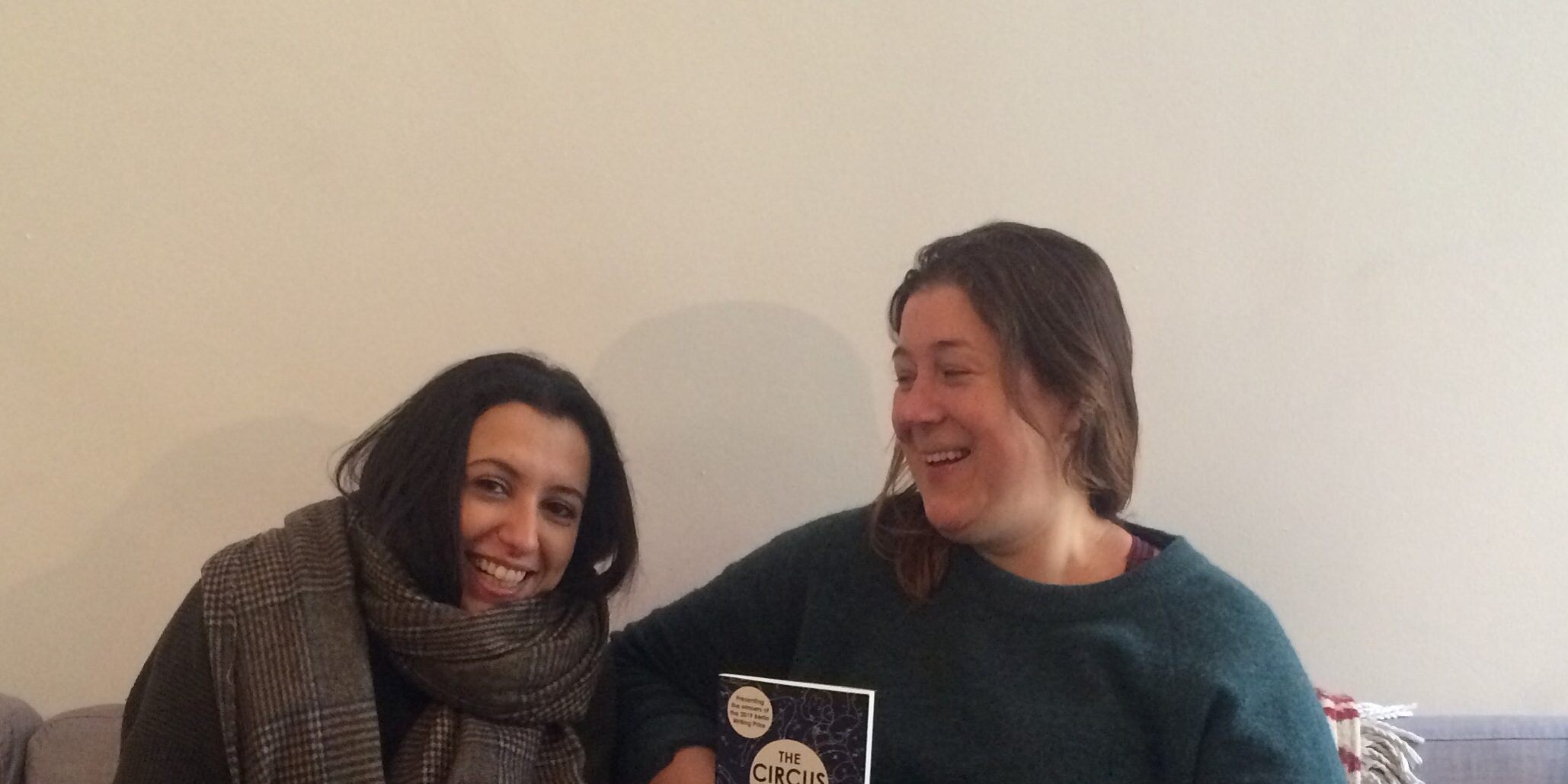 Presentation of the exchange

In September 2019, Salwa Benaissa (the NE), a marketing copywriting living in Prague, embarked on her six-month Erasmsu for Young Entrepreneur exchange and went to spend six months as the entrepreneurial mentee of Victoria Gosling (the HE), founding director of the organization The Reader Berlin in Germany.

Together, Victoria and Salwa ran the day-to-day activities of the Reader Berlin along with the third colleague, Traci Kim, the event program manager. As part of her daily tasks, Salwa took on most of the administrative duties including updating the Reader’s website content, fielding emails,coordinating courses and events organized by The Reader, operational support at public events and workshops, writing the bi-weekly newsletter, and social media marketing.

Aside from daily office duties, the main project that Salwa was assigned to see from start to finish the duration of the six months was the production and publication of the collected 2019 Berlin Writing Prize winning entries, titled The Circus. It is the fourth such anthology published by The Reader since the establishment of the prize in 2013.

The first part of September 2019 was dedicated mainly to Salwa’s training and becoming acquainted with the Reader’s wide network of institutional and professional contacts in Berlin. Towards the end of the month and throughout October, Salwa worked very closely with Victoria to plan the judging dinner for the 2019 Berlin Writing Prize, which saw judges from various parts of the world convene at the restaurant Einstein Unter Den Linden (one of the prize’s sponsors) in the city centre of Berlin on November 30th, to discuss and agree on the shortlist of 10 winners.

On December 1st, as soon as the winners were announced to the public, the production process for the 2019 Berlin Writing Prize anthology started. Salwa’s primary task was to co-edit, reformat, and proofread each of the shortlisted entries, coordinate between the winning authors and the publisher KLAK Verlag, and to support all related administrative duties on behalf of the Reader Berlin.

Throughout this time, she promoted and handled the PR of the forthcoming book launch as well. By the end of December, the anthology was fully collected and sent to print just before Christmas.

After the new year, the focus shifted to the preparation of The Circus launch party, which also marked the 2019 Berlin Writing Prize-giving ceremony, and took place at the venue Lettrétage on 31st January 2020. This presented the first public launch of the book and involved performative readings by the winning authors, some of whom came all the way from Australia, the UK and beyond to attend the event, which Salwa also helped to coordinate.

To wind down the final month of February, Salwa and Victoria continued to focus on coming up with promotional ways to help The Reader’s co-publisher KLAK Verlag to sell the book and create advertising materials around it, including a special ‘giveaway’ promotion on social media and some other content-related strategies. Salwa finished off her final week preparing the hand-over materials for the next assistant, Dayna, who would be coming from Hungary for a Young Entrepreneurship Exchange starting in March.

Throughout the six-month placement, Victoria Gosling also regularly mentored Salwa on her hybrid small-press idea, Project Plume, which she has already begun to build and share online, and introduced her to various contacts who have since collaborated with her on her project. Salwa is set on continuing to develop the project and to maintain a strong collaborative link with both The Reader and the city of Berlin.

Profile of the entrepreneurs

Salwa Benaissa was working as a marketing copywriter and communication strategist for over five years before she realized her real dream was to run a hybrid small-press enterprise. Her goal from the start was to gain a better understanding of the fragmented revenue streams and financial processes behind running a profitable enterprise that operates in the ‘cultural’ field, with a focus on literature and community outreach. Over the course of the six-month placement, her aim was to be able to broaden her professional network in the world of books and publishing in an increasingly cosmopolitan city like Berlin.

Victoria Gosling founded The Reader Berlin in 2011, an organization which hosts creative writing workshops, seminars, literary events, and author get-togethers for the international literary community in Berlin, Germany, and also runs the bi-annual international Berlin Writing Prize. She was looking for support to manage day-to-day communications and admin-related activities of her enterprise, as well as someone to support the production process of the 2019 Berlin Writing Prize anthology and prize-giving ceremony.

Quote of the NE

I feel lucky to have had the chance to be part of the Reader Berlin for six wonderful months — it’s a unique organization that the local literary community clearly loves and needs. Victoria is also a fantastic mentor who is generous with her time and advice. Coming out of the placement, I can say feel confident enough to launch my own publishing project. Plus, Berlin is vibrant, community oriented and endlessly inspiring: the ideal environment for creative and entrepreneurial pursuits.

Quote of the HE

I loved working with Salwa. Her experience with communications brought a lot to the Reader and she will be missed. Project Plume is a fantastic concept and we spent a lot of time talking about it together. I wish her every success.

Young Italian Entrepreneur in a business exchange in Spain

Young Romanian Entrepreneur in a business exchange in the Netherlands

Young Entrepreneur in a business exchange in Eindhoven, in The Netherlands